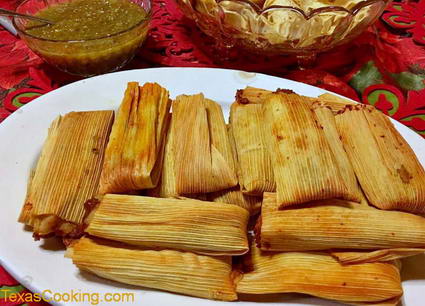 Tamales consist of a tube of dough with a meat filling. Masa Harina is a key ingredient in tamale making. I would not suggest substituting something else. Tamels are cooked by steaming. They are a traditional Christmas food in Mexico, but in reality they are eaten year round. From Pamela Percival's holiday article on beef tamales.

The dried corn husks used to make tamales can be purchased online.
Ingredients:

To make the dough or masa

Note: The most used Masa Harina is Maseca, and the most commonly found in supermarkets. The Masa Harina from Bob's Red Mill is good, too.