Back in the Old Days

"The original purpose of sifting flour was to break up the lumps and get the weevils out of it." 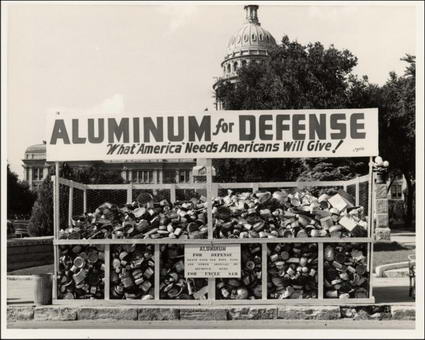 My first food memories go back to the alphabet dish that held my morning oatmeal for years. If you have not seen an alphabet plate or dish, it had the alphabet printed around the outside edge of the dish. Breakfast had the dual purpose of feeding me and starting my formal education.

As I spooned in the oatmeal, Mama would point out the individual letters around the plate and I had to memorize their names. The learning of the alphabet by rote has been replaced by sitting the kid in front of Sesame Street.

Our oatmeal of choice was Quaker Oats. They are still around. Now instead of just plain rolled oats you can get instant, quick cook, brown sugar and cinnamon, vanilla, chocolate and tutti-frutti. (I don't know about the tutti-frutti; I just got carried away). The oatmeal was served with a pat of butter, some sugar and milk. There was always buttered toast on the side.

Occasionally a box of Cream of Wheat would find its way into our house. It was good for a change, but you didn't want it every day. If you have never had Cream of Wheat, it's a coarse ground wheat product. I guess you could say it's wheat's answer to grits, but a little finer grind.

In the summer when the heat got oppressive, cornflakes would show up for breakfast as they did not require anything to be heated. Our favorite was Post Toasties. At times Mama would get on an eat-healthy kick and we had Raisin Bran. Wheaties, the Breakfast of Champions, was never a big favorite at the Raven home.

Every Citizen a Soldier

During WWII, sugar became a rare commodity. You were very careful with your use of the sugar. When you had cold cereal, the cereal went in the bowl and then the milk poured in and stirred. This was to check and see if there were too many bugs in the cereal to suit you. So if you had to throw it out, you didn't waste any sugar. If there were just a few bugs, you dipped them out with the spoon. Everyone did this so don't look so shocked.

While we are exposing dark secrets from the kitchens of the past, let's look at sifting flour. Nearly every cake recipe says to sift the flour. This fluffs up the flour and makes the baked goods a bit lighter. The original purpose of sifting flour was to break up the lumps and get the weevils out of it. For a long time flour came in cloth sacks. This allowed moisture to get into the flour and form lumps. The weevils just showed up. You've heard of "flour sack bloomers", haven't you?

During WWII everyone was involved in the operation. Housewives were supposed to save leftover grease to be made into some vital war item. I don't remember why. Maybe soap for the soldiers. Or cannon grease.

Every family was encouraged to have a Victory Garden -- a little garden in the backyard to raise vegetables that would grow for your own table so there would be more food to send overseas to the soldiers. The really cool thing to do was to plant your onions or corn or black-eyed peas in V-shaped rows to show your patriotism.

Hershey bars disappeared from the stores. Soda pop became rare. The lady who ran the neighborhood store where we traded made her version of soda pop for the store. I know one flavor was red and I think there may have been orange. You could get a commercial liquid to make your very own Coke-Cola at home.

Flashing forward a bit, the first big soda pop advertising that I remember was the one for Pepsi Cola. Pepsi had just moved up from the standard six-ounce bottle to a twelve-ounce bottle. Their little jingle was: Pepsi Cola hits the spot; twelve-ounce bottle, that's a lot. Twice as much and just a nickel, too; Pepsi Cola is the drink for you. Soon Pepsi was being marketed in an aluminum carrier that held six bottles. The six-pack cost twenty-five cents. If the vendor didn't know you, there was a two cent deposit on each bottle and I think five cents on the carrier.

The neighborhood stores were a great part of what made America a fine place. They were small. They did not stock 47 different kinds of barbecue sauce. They had the essentials -- meat, potatoes, bread and some fruits and vegetables.

The store we patronized was operated by a Mrs. Blanche Henderson. There was no sign with a name, everyone knew "Mrs. Henderson’s". The store building was a house that had the front converted into a grocery, while the back part served as living quarters.

As you entered the store by the front door on your right was the checkout counter, followed by the meat case and then the icebox where beer and other items stayed cold.

On the left, in front of the checkout counter was the soda pop box. That is where your Dr Pepper, Coke-Cola or Seven-up stayed cold in a bed of ice. The rest of the layout has become rather vague with the years. There was always a stalk of bananas hanging from the ceiling near the soda pop box. Sticking in the stem of the stalk was the banana knife that you used to detach your bananas from the main stem.

We seldom needed any household item that Mrs. Henderson did not stock, from a loaf of bread to a bar of Ivory soap, which was, "99 and 44/100 pure". It floated and was easy to find in the tub. No one we knew had a shower. Mrs. Henderson also had a gasoline pump out front. It had a lever on it that you worked back and forth to pump gasoline up into the glass container where it was measured. When the kids got big enough. it was always a treat for them to "pump the gas".

Special While They Last!

The supermarkets in downtown Taylor included Piggly-Wiggly, Red and White and Big Bear. These big stores had the same basic line as the neighborhood groceries; they just had more variety. They did not stock clothing or lawn and garden supplies.

The advantage the neighborhood stores had over the chain stores is that they were close to you. You could and did walk to the store for a loaf of bread or whatever was required. Mrs. Henderson's was about a mile from our house, but a mile was just a gentle stroll in those days. If you knew the shortcut through the cemetery and knew how to deal with a barbed wire fence, the trip was shorter.

The big, big, big virtue of the neighborhood stores was they were family run. Some member of the family was there all the time. They knew who you were and where you lived. Most customers operated a line of credit at the stores. You signed for the goods you bought during the week and then settled up when you got paid on Saturday. If you were a little short, your credit was good until the next payday. If you really got behind, your credit ceased until you caught up on your arrears. In the event of illness or some other problem to the breadwinner of the family, the credit could extend a while longer. All the storeowners were decent people. They never charged any interest on your credit and they were always happy to see you.

The neighborhood grocery stores were a great part of my life. I really hated to see them go.

Some of the good old days really were good.