Pumpkin treats are perfect for cooler weather and the upcoming holidays 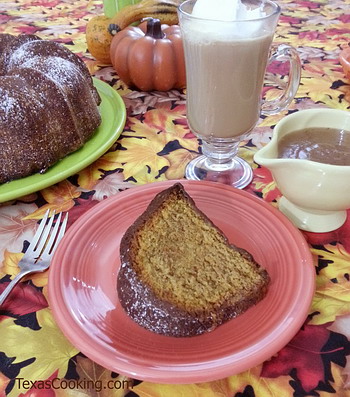 October is the beginning of pumpkin season and signals the approach of the two official pumpkin holidays - Halloween and Thanksgiving. Both holidays require pumpkin and wouldn't be complete without it. And while you and I are planning decorations and menus, pumpkin growers are busy harvesting pumpkins that fit into specific categories.

Once grown only for food, there are now many pumpkin varieties and most are grown for a particular reason. There are pumpkins used for cooking, for carving, and decorating, and large specimens grown just for exhibitions. It's important for shoppers to choose the right pumpkin for the job since a hard-shelled carving pumpkin will not be the best choice for a Thanksgiving pie. Inexperienced cooks or carvers might do well to ask for assistance since the selection at some markets can be overwhelming.

Carving a jack o' lantern used to be a simple activity intended to amuse the neighbors' kids. It's a bit more sophisticated these days. Serious carvers have already spotted the perfect pumpkin for this year's porch decoration and may have paid a deposit on a pumpkin still in the field. The right one is important since some designs require a particular size and others require a certain thickness of shell. Elaborate patterns demand not only wood-carving tools, but also saws and scrapers designed for the carving industry. Add lights or a fog machine to complete the pumpkin and Jack may frighten the grown-ups, as well as the trick-or-treaters.

Choosing a pumpkin for pie can be tricky also. Pumpkins used for cooking are usually labeled as pie pumpkins and varieties like "Small Sugar" or "New England Pie" should be available in time for Thanksgiving baking. An ornamental miniature called "Jack Be Little" is also a good baking pumpkin.

For cooks who'd rather buy pumpkin in a more convenient container, there's canned pumpkin. The best known brand is probably Libby's. They've been selling cans of puréed pumpkin since the late 1920's and their pie recipe is printed on the can.

Almost everyone has an opinion about pumpkin pie and even folks who don't like it seem compelled to share their view. Those of us who love the spicy treat just ignore the complainers and will happily eat the pie any time of year. True fans can eat pumpkin pie unadorned, but it's also good served with extra touches like whipped cream or crunchy toppings.

Choosing a pumpkin for pie can be tricky.

Whether you're baking your own pumpkin or opting for the canned version, pumpkin treats are perfect for cooler weather and for the upcoming holidays.

How To Cook Fresh Pumpkin

Preheat the oven to 375°F. Combine the pumpkin, milk, egg, spices and salt in a mixing bowl, whisking until well blended. Pour into the pie crust. Bake about 50 minutes, until the crust is brown and a knife inserted near the center comes out clean. Cool before serving.

Preheat the oven to 325°F. Grease and flour a Bundt pan and set it aside. Combine the flour, sugar, baking soda, cinnamon, nutmeg, ginger and salt in large bowl of mixer. Add pumpkin, eggs, oil and water and blend on low speed of mixer. Increase the speed to medium and beat one minute.

Pour into the prepared pan and bake 1 hour. Cool 20 minutes in the pan and turn out on a wire rack to cool completely. Ice with Vanilla Icing.

Preheat the oven to 350°F. Dump the cake mix in a bowl and use two knives or a pastry blender to cut the butter into the mix until it is crumbly. Stir the beaten egg into the crumbs. Save 1 cup of this mixture to use as topping. Pat the rest of the crumbs into a 9 x 13-inch glass baking pan. Bake 10 to 12 minutes until the crust is set and just beginning to brown. Remove from the oven and cool 5 minutes.

Place the pumpkin in a mixing bowl. Combine the sugar and cinnamon in a small bowl, blending well. Whisk the sugar mixture into the pumpkin. Whisk in the two eggs and then the evaporated milk. Carefully pour this mixture on top of the partially baked crust. Sprinkle with the remaining crumb mixture. Bake about 30 minutes, until set in the middle.

To serve, cut into squares and top with sweetened whipped cream or non-dairy whipped topping. Pumpkin squares may be served warm or at room temperature.

Sidney Carlisle lives on a ranch in Meridian, Texas