In Search of the Perfect Fruitcake

What's Not to Hate? 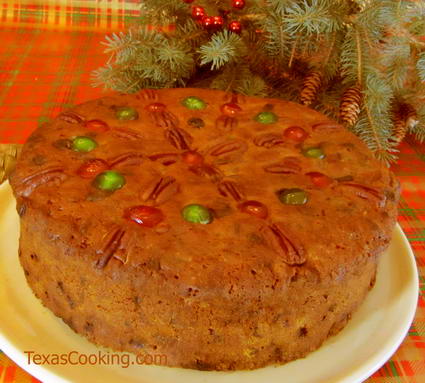 Ubiquitous fruitcake. Despised, rejected, derided, mocked. If holiday foods have a jester, a whipping boy, a guilty pleasure, it's fruitcake.

There seem to be two types of people in the world: those who adore fruitcake, and those who despise it. There is very little middle ground. No one seems merely to like it. Even Johnny Carson famously said that he believes there to be only one fruitcake in the world, and everyone keeps passing it off as a gift, year after year.

Even as I laughed at his joke, I knew that was untrue. Back home, we had a stack of empty red tin boxes from the mail order mavens at Collin St. Bakery in Corsicana, Texas. Despite fruitcake's bad rep, I couldn't actually say why or even if I hated it.

In search of answers, I did not fool around. I went straight to the experts - a group of friends who for one reason or another were fruitcake dropouts. What's not to hate, said two, one from Ohio and one from Georgia. Fruitcake, as they know it, has the texture that combines dubious fruit with dense, decidedly non-cakey cake and soggy nuts. They hated the long laborious process of baking the darn things, and they had tried - really they had.

On the other hand, one of the dropouts was a closet fruitcake lover from Hawaii who sighs over fond memories of her early marriage when they made do with just a rum cake. What she really craves, however, are huge, fat glazed cherries, sitting on top of a rich fruity cake soaked in brandy or rum, accompanied by a strong cup of coffee. But fruitcake has been just too hard to bake.

And then, a dropout from Pennsylvania (from a town very close to Hershey) stoically observed that the ideal fruitcake would be moist, chock full of crunchy nuts and brandy-soaked fruit - hold the citron and pineapple - and (ready for it?) it would be chocolate-based.

At that moment, I felt like I'd won the lottery because I quite possibly have the recipe for The Perfect Fruitcake. Buried treasure, chocolate gold, a potentially life-saving fruitcake recipe that masquerades as a "spice" cake (or as my father calls it, "booze" cake). Could my mother's cocoa-based "Old Fashioned Christmas Spice Cake" be the bridge over troubled fruitcake?

I went through the dropouts' checklist. My mom's recipe is chock full of nuts. It has brandy or rum, (or coffee, cook's choice). There are no ancient, candied cherries, citron or pineapple (what are the green things again?). With its lovely golden raisins and dates, its tipsy walnuts and pecans, it classifies in every way as a "fruitcake" with a moist and light cocoa-flavored cake base.

I remember Christmases past when my mother would make seven or 10 of these cakes, in their tidy aluminum mini-loaf pans, tops decorated with walnut and pecan halves by me, her trusted kitchen assistant. Everyone in the neighborhood would get a cake - the hairdresser, the mailman, the neighbors, our schoolteachers, bosses, secretaries. And they were not "fruitcake," they were spice cake. Even I believed it wasn't fruitcake until the discussion came up, and even then, my mother would let the mystery linger. (Donald Trump, take note: this is superb marketing and PR.)

My mother's cakes must have been the answer to many prayers, mumbled at mailboxes as wary recipients withdrew a very heavy, slightly greasy holiday package from Aunt Mildred in Pacoima. Instead of a brick, suitable for re-gifting a la Carson, my mom's cakes were fragrant with spice, rum and cocoa. Her recipe gives the cake a delicate crumb, which still manages all those nuts and fruits without losing face. (Nonetheless, as good as they are, I'd still be interested to know if Johnny Carson ever received one of my mother's cakes third or fourth hand.)

By all means, try this recipe but you must promise me something, please. A Perfect Fruitcake could become a potent weapon in the wrong hands. This recipe could destablize some developing economy somewhere so be very, very careful how you present it.

Make a small batch of cakes over Thanksgiving weekend and let them soak in brandy or rum for two or three weeks in the fridge. Then, oh so casually, slice some for visitors to sample. Or sneak it into the office potluck. But - and this is important - don't tell them it's fruitcake until their eyes light up and they ask for more. And after that, you'll just have to use discretion.

Use a variety of nuts - walnuts, pecans, hazelnuts, almonds, macadamias.

Topping for loaf pans: 1/4 cup brandy or rum for each loaf (or coffee), and whole pieces of almonds, walnuts and pecans

Sift dry ingredients together in a large mixing bowl (you may use your stand mixer or a hand-held). Drop in the butter in cubes, and add applesauce. Beat until blended. Add eggs, and beat again until smooth and creamy. Add the fruit and nuts. Pour batter into prepared pans. Decorate with topping.

Bake for 1 hour and 30 minutes. The cakes will look pretty done on top. The usual toothpick test is not too reliable because of the moisture in the fruit. After the cake has cooled, glaze with the liquor, cover tightly with foil, and refrigerate. Let soak at least overnight before serving but it is best to wait one or two weeks, glazing with more rum or brandy as needed. And my dad would say, "It's needed." Slice to serve.

Jay Ann Cox is a food writer and Texan, living in exile near Lizard Lodge, Arizona.