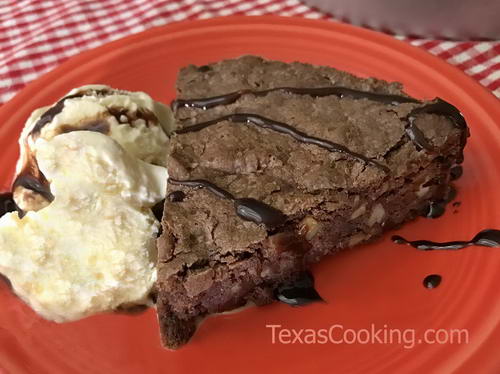 With the year behind us, football fans are making plans for the next big holiday: Super Bowl Sunday on February 5. No matter which team has been the favorite all year, it's a tradition in many homes to gather a crowd to watch the battle of the last two teams. And since the entire TV extravaganza now lasts for hours, guests must be fed at least once and perhaps twice.

Standard fare at most Super Bowl parties seems to be chili or soup, especially in areas where this time of year can be downright miserable. It is nice to be able to serve something hot, but most of us want to spend as much time as possible with our guests. Two of the following three recipes may be made ahead of time, and the one hot dish may be partially prepared before the party begins.

Sausage Queso is easy, using just one skillet, and should appeal to anyone who likes sausage or cheese. When queso, the Spanish word for cheese, is melted and other ingredients are added, it becomes queso fundido. The ingredients may be simple, Velveeta with Rotel tomatoes, for instance, or more elaborate. The Sausage Queso may be served with tortilla chips, but it's much better spooned onto hot flour tortillas. It's a versatile recipe and fun to serve at a party. It will also serve four when something fast is needed for dinner.

The Corn Dip is a combination of corn, cheese and spices, and is hard to resist. Those who like things really hot might want to add an extra jalapeño. The dip requires at least four hours refrigeration to blend the flavors, so it may be made well ahead of a party. It will keep about a week in the refrigerator, although it seldom lasts that long. Corn Dip is best served with tortilla chips, and Fritos are also good. The consistency of the dip is too heavy to serve with potato chips.

It's a cross between a brownie and a dense chocolate cake.

Kentucky Bluegrass Fudge Pie is a cross between a brownie and a dense chocolate cake, and better than either. It's baked in a cake pan even though it's called a pie and has no crust. It's also easy to prepare, and the recipe can be doubled for a large crowd. Be sure and toast the pecans, as this will make a difference in the taste of the finished pie.

Here's hoping you can supplement your traditional Super Bowl menu items with these three recipes. They should be a hit regardless of who wins the game.

Pour into the cake pan.

Note: To toast the pecans, preheat the oven to 350°F. Spread pecan halves, or pieces, on a cookie sheet and place in the oven. Stir every 2 minutes to allow even toasting. Bake about 10 minutes for halves and about 6 minutes for pieces. The nuts will darken slightly - don't let them burn. Although they may not look very toasty, they will have a different taste from regular pecans. If halves are used, coarsely chop before adding to the recipe.